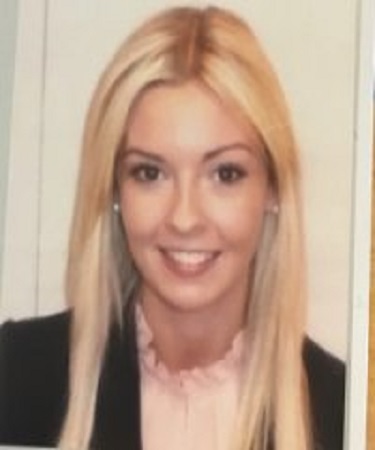 Why do you enjoy your job?

My role in Corporate Governance involves analysing the governance of the companies we are invested in to ensure the Board are making decisions that are in best interest of shareholders. As holders of the companies we are able to vote on many different issues including remuneration practices, the composition of the Board of Directors, capitalisation requests and mergers and acquisitions. My role involves a lot of communication with both the fund managers who own the stock and the company themselves, which means I am able to access a variety of opinions and no day is ever the same. I am currently training to become the Governance Analyst for European companies which means I will have a great deal of responsibility and ownership within the team. Although this can be slightly daunting at times I am enjoying the challenge and love knowing I have a great team who I can bounce ideas off when I am unsure.

What is the most challenging thing about your job?

The most challenging thing about my job is that no two companies are ever the same and therefore there are no blanket policies we can apply in all circumstances. Although there are set market standards that each company should conform to, part of my analysis looks in to the size and sector of the company as well as their recent performance to help determine the most appropriate guidelines to use. It therefore requires me to use my initiative a lot of the time as well as engaging with the fund managers who may know more or have recently met with the company and can explain extraordinary practices. Despite this being a challenging task, it is this that makes my job so enjoyable as I am constantly learning about new company approaches and weighing up their pros and cons.

How did you get into your job?

I joined Schroders having just finished my A Levels. My plan was that the Investment20/20 scheme would serve as a gap year, providing me with a year of invaluable work experience in the city, before heading off to university to study Economics and Finance at Exeter the following September. However, after being on the scheme for just over 10 months I was offered a permanent role in the team as well as the opportunity to study for a number of exams including my IMC and CFA. Swayed by the fact I would be saving £10000s in university fees and not having the stress of finding a graduate scheme when I had completed my degree, I declined my university place and have now been at Schroders for nearly 2 years and have progressed from a largely admin based role to a largely analytical role within the team.

How would you sum up your Investment20/20 experience?

The Investment20/20 scheme was an invaluable opportunity and has opened up so many doors to me for the future. The endless support, training events and networking opportunities were all fantastic opportunities for a 19 year old embarking on their investment career, and I can honestly say I learnt a great deal from each of them. I do not have a single regret about not going to university and I think many of my friends that did are very jealous that I have secured a great job in the city!

Receive Investment20/20 Programme jobs as they are released so you never miss out!